Manolo Cocho is a Mexican artist who is internationally active and recognized. He lives and creates in a desert but his artworks are presented in major cities of the world. He dedicates himself to the contemplation of the Earth as the planet of our existence and daily life as well as the Universe as the existence on material and spiritual level. His position is well based on scientific knowledge but he doesn’t neglect the mythology of archetypes as well. Cocho works in various media including painting, sculpture, land art, performance, photography and video. He uses them accordingly to the content and the context. His departure is academic drawing and painting but he sublimates the classical media through conceptual thinking into a stable form. His artwork has been described as post-contemporary because it is strongly attached to the contemporary context through his concern for ecology but still intended for eternity because of the use of archetypes.
He is active as a curator as well and he organizes various exhibitions at Museo Regional in San Luis Potosi, Fundacion Fertilizando el esfuerzo, and Centro de Ciencias de la Complejidad de la Universidad Nacional UNAM in Ciudad de Mexico. 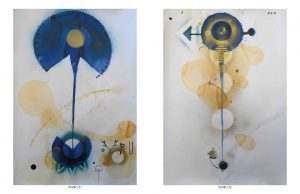 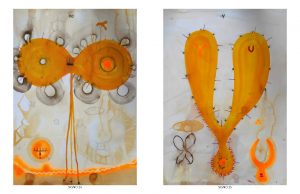 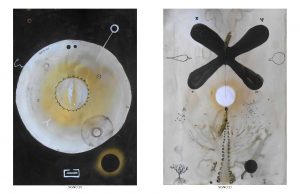 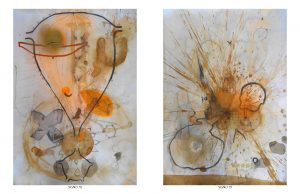 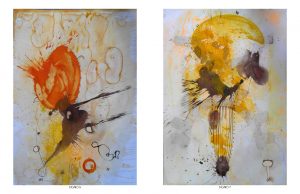 Signos is the newest series in the work of Manolo Cocho in which he studies the language of signs, relationship between signs and symbols, and develops his personal symbolic language to describe the phenomena of the universe. He understands how cultures attribute meanings to things and uses them in various forms and occasions. But he perceives with subtlety some phenomena that transcend the cultural borders and act as archetypes. In his artworks one can clearly see how strongly is he anchored in the Mexican cultures and visual language but his ability to create his own universal language makes the images uncannily familiar.